At the grand old age of 98, Ray Stanley is the oldest man to wear an official Royal Mail uniform.

When Ray moved into the Upton Bay Care Home in Poole, he took it upon himself to personally deliver the mail to each and every resident in the home. No small feat in a three story building!

Staff considered buying Ray a postal officers uniform but struggled to find anything authentic. One call to Royal Mail, informing them of Ray’s commitment to his duty, and an official embroidered shirt, cap, and the iconic red post bag was sent by ‘Very Special Delivery’. 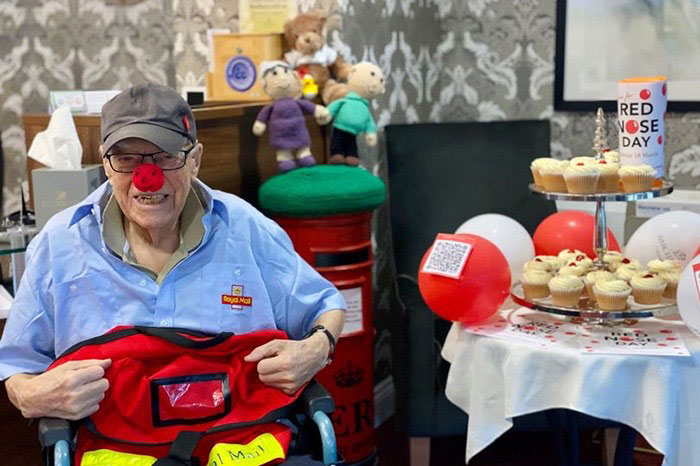 Every morning Ray collects the post from the home’s postbox and sets about taking letters to his housemates, stopping for a chat and a catch up as he does so. Breaking only for the occasional cuppa and lunch, Ray gets his rounds completed by 2pm prompt each afternoon.

Currently, Ray has no plans to retire.